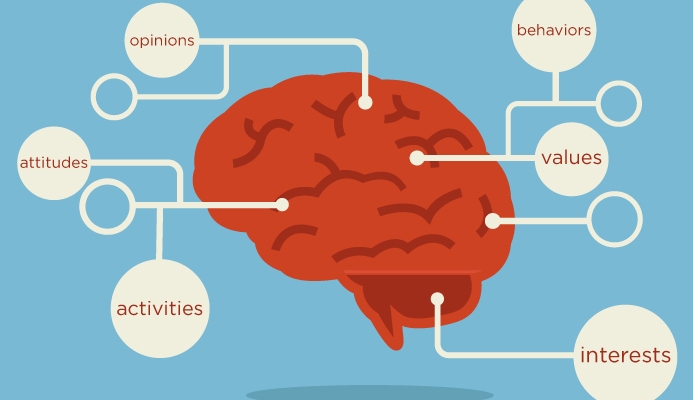 Psychographics was certainly a new concept for me when I heard it today on “The Daily: The Data Harvesters” podcast by New York Times. It is a really fascinating use of data analytics. A basic google search yields that it is “the study and classification of people according to their attitudes, aspirations, and other psychological criteria, especially in market research.” The scope of this field may not be very clear from the definition but will surely be an eye opener when discussed in light of the ongoing Facebook and Cambridge Analytica case.

It seems that more often than not, we are naïve about who is using our information on social media and how is it being used, DESPITE all the privacy settings! Also, it is not just the explicit sharing of information such as status updates or pictures that is vulnerable. Seemingly harmless actions such as likes on trolls/memes, using connected apps, spending time on reading/watching something, etc. can cumulatively build a story about us. I know that most marketing groups use clicks/views to analyze consumer preferences. But the way personal preferences were used by Cambridge Analytica is shocking.

As the host spoke about the data harvesting technique used by Cambridge Analytica, it was revealed that the researchers actually measured people’s personalities through Facebook likes. The more the activity on social media, the more the patterns that could be generated about a person. The show also discussed a popular app on Facebook that generates random quizzes such as “which celebrity do you resemble the most”, “what game of thrones character do you represent”, “what is your personality type”, etc. These look innocuous and fun but the app was actually pulling data on personal preferences and profile that were used by Cambridge Analytica. The app also pulled friends’ data.

Through these patterns of data, the researchers were able to understand an individual’s innermost thoughts, beliefs and desires better than the people who were actually close to the individual or even more than the actual individual! The results of such analysis have been confirmed to be quite accurate by experts. Imagine the power of this analysis once it was scaled to hundreds of thousands of people. This third party tricked people into giving information by tapping into their latent aspirations. Things got quite murky when media content was tailored to influence the psychology of these masses on a level that it possibly affected the presidential elections of one of the most powerful democratic nations in the world.

It is hard not to have any personal data out there in today’s tech driven world. Think of anything that we use the internet for – we have to put some personal information on the web. Working in a tech company, I realize that tech innovations far outpace the required changes in legislation. However, on an individual level, we can keep few things in mind to safeguard ourselves –